Sean, James and Tim go above and beyond to help us deliver online learning during the Pandemic In Term 2, 2020, with the outbreak of COVID-19 forcing Australians to shift the way we live, work and learn, the Arden IT team worked tirelessly to ensure we were ready for the change. Three members of this valuable team, Sean Kho and brothers James and Tim Dodd are all former Arden students. Under the guidance of the Director of ICT, Craig Murray, they went above and beyond to fast-track a seamless alternative to face-to face teaching and learning. Being long term members of the Arden community and having a close team bond helped the team contribute to a successful outcome for the School during a unique year.

Online learning had always been a goal for Arden. Before the pandemic struck, the IT team were already working on developing an online learning environment. “One of the long-term strategies for our team has always been to develop the capability for online teaching and learning”, said James Dodd. “Before COVID-19 we had been experimenting with the Microsoft Teams platform, so it was ready to go. But we were originally looking at a timeframe of 3-5 years before we would have the process automated from beginning to end with full utilisation across the school. The NSW school closures in Term 2 meant we needed to roll out online learning to students much sooner and much faster than we had anticipated.” James, 24 (Class of 2014), has worked at Arden for the past six years. Initially employed as a casual while he studied his Bachelor of IT at Macquarie University, James now works full-time as an IT Integrator and Technician. James describes the pandemic as having a silver lining, “It has fast-tracked an initiative we were already working towards and has actually benefited the School greatly in the long term.”

Sean Kho, (Class of 2014) and Tim Dodd (Class of 2017), both work at Arden as IT Support Technicians. According to Sean, the arrival of the pandemic meant their team needed to adapt to a “whole new dynamic of how IT was used to support students and staff”. Their primary goal throughout was to deliver a smooth transition to the students, teachers and parents. It was not a simple task, but their strong team bond helped them get through it. “We have a great team culture and we are all friends”, says Tim Dodd. “I think it really helps to get along with the other people in your team and is especially important when faced with challenging situations and projects.” Sean agreed: “We are a pretty good team - all ready to support each other and give a lending hand if needed. We have good banter and a lightness which builds morale in the office.”

When asked what it’s like to work at the School they once attended, James, Tim and Sean all agree it is wonderful, but was tricky to get used to at first. “It was strange at first calling our teachers by their first names”, says Tim, who has also worked at Arden since he left School. “We had to get to know the teachers in a different context. I was once their student and now we are colleagues.” Like James and Sean, Tim’s Christian faith is an important part of his life and he is grateful to work at a Christian School like Arden “It is nice working in a familiar environment with Christian values.” Sean agreed. “Having the Arden motto, In God my Joy, reiterated to me throughout School, laid a strong foundation for me in putting the needs of others first. I can continue this work as an Arden staff member.”

Being alumni means the young men are more connected to their work and to the School. Director of ICT, Craig Murray, believes it makes a substantial difference that they have been long-term members of the Arden School Community. “They have witnessed so many changes to the School over the years and have helped contribute to them.” One of them was the opening of the new Essex Building. At the end of 2019, the team worked around the clock installing the IT fit-out in the new building. Craig says their willingness to do their part is always evident, especially over the past few months. “Their attitude during the pandemic was to just get it done and do whatever it took. They gave up their time and energy to ensure the learning outcomes of the students were met.” The team often stayed back until midnight and came in on weekends to finish the Microsoft Teams rollout. “They went above and beyond for the School and I am very grateful to them for that.”

In fact, the entire Arden Community is grateful to Sean, James, Tim and the IT team for all the hard work and dedication they show every day but in particular during the pandemic. We were able to keep learning and working due of their selfless contributions. Thank you. 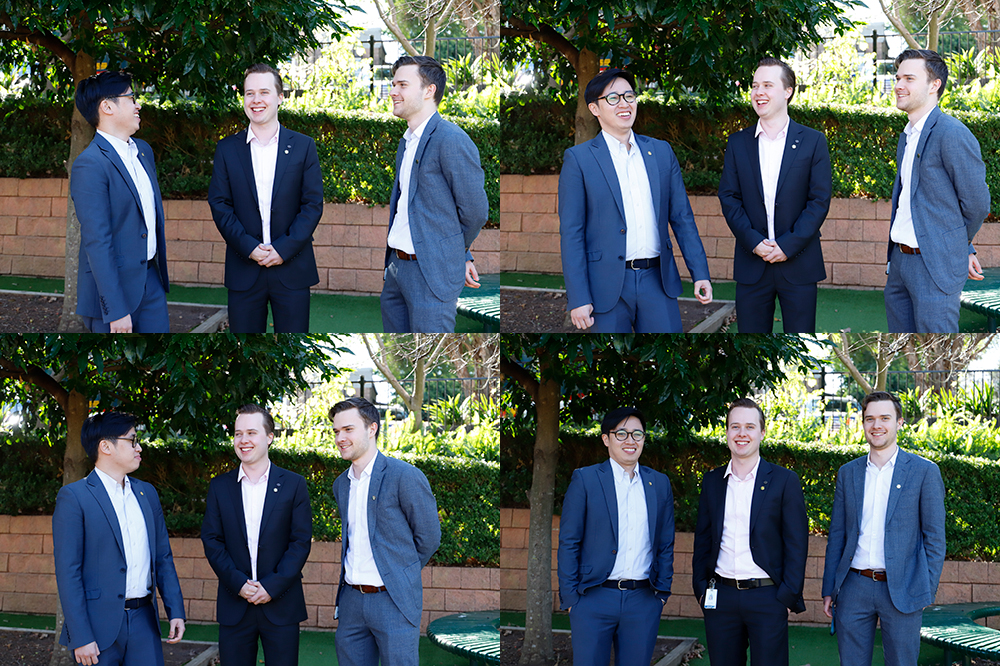