Developing the Confidence to Succeed

Describe your Arden experience in three words
A fresh start

Jeremy McGrath (Class of 2012) came to Arden looking for a fresh start after a troubling time in his life. He graduated from Arden with a newfound confidence and launched himself into a successful rowing career. Read on to learn about Jeremy’s journey from world champion medallist to his experiences competing at the Paralympic Games in 2016.

Jeremy, tell us about your time at Arden. Is there anything you especially remember? What do you believe Arden has shown you/given you as a person?

I have fond memories from my time at Arden. Before I came to Arden in Year 10, I attended a rough school, where I was bullied and picked on for being different.  I felt like I wasn’t given the opportunity to excel academically there or to grow as a person. When I arrived at Arden, I instantly felt welcomed. Following my elected amputation at the end of 2009 and starting at Arden in 2010 I felt like I had the fresh start that I needed. Arden is a small caring school and I felt that I was able to be myself and get back to my roots. I made long-lasting friendships - my best friendships to this day are friends that I made at Arden, including my three housemates - and I started to achieve my potential. It felt like my life was put back on track and I started to become the confident person I always had been.

What has been your biggest accomplishment so far, career or otherwise?

Competing in the Paralympics was my largest achievement by far. However, following the Rio Games, I struggled to find something else to work towards. I struggled not having a purpose or something to aim for and this haunted me for a considerable amount of time. I have since channeled my focus into work and started my own occupational therapy business, Your Functional Therapy, which has been quite an achievement. I continue to enjoy sport but no longer at a competitive level.

I have learned to appreciate the small things in life (as life isn’t all about the big things).

I have learned to take the pressure off myself and I enjoy spending time with the people that I love and care about; I think this is the best thing anyone can accomplish for themselves.

Tell us what it was like to compete for Australia at the 2016 Rio Paralympic Games?

It was a surreal experience as I faced so much adversity on my way to qualifying for the Rio Paralympics. Half my crew lived in a different state and we were very limited in our ability to train. In 2015 it looked like we would not make it but luckily two new crew members became eligible to compete and we became much more competitive. We went to the final qualifying race with two remaining spots, and we placed first to qualify.

I have pictures of myself as a 6-year-old boy with Australian flag tattoos on my cheeks at the Sydney Paralympic closing ceremony in 2000. I remember feeling so inspired seeing people with a disability achieve such success and seeing Australia win the overall medal tally. I decided as any 6-year-old would that I would one day represent Australia at the Paralympics. I lost that inspiration throughout my adolescence but reconnected with it following the HSC. I feel very lucky and honoured to have represented my country and to have achieved my goal following so much adversity.

Who or what has been the biggest influence on your career path or your Sporting career?

While going through my amputation my mother and I also had a great relationship with my physiotherapist. She was very caring and helped both my mother and me through a very trying time. I decided I wanted to pursue a career in Allied Health following this experience as I thought it would be very fulfilling to help people in a similar way.

My family were also a huge influence on my love for sport and for building my personality. I was never treated differently by them, and they taught me to always have a go. They could have easily been more cautious (due to my congenital condition), but I think that would have instilled anxiety and poor self-esteem. Luckily, I was encouraged to try anything, and I never saw any limits to engaging in any sport, activity, or challenge. Without this attitude, I would have never achieved my sporting success and I would not have likely embarked on starting my own business.

What advice would you give to other alumni or current students who aspire to follow a similar path as you?

My advice would be to take the pressure off yourself when trying to achieve your goals and aspirations. Don’t define life through success and failure as I think that can be very limiting and debilitating if you don’t ‘succeed’. Focus on the process, not the outcome, and make sure you enjoy doing it. If you don’t enjoy the process, then re-evaluate your goals because it might not be worth investing time and effort into something you don’t enjoy.

If you enjoy something and it gives you purpose and meaning then ultimately you have succeeded, even if the desired outcome was never achieved. Through my rowing career, my greatest achievement was not just making the Paralympics; it was also developing confidence in myself, getting fit, seizing my potential, and enjoying my life.

What does the future hold for you?

Hopefully continued success with my new business and I’m hoping to one day start a family and own a house in Sydney. No matter how my future pans out I will be content, and I will enjoy the journey.

Jeremy, thank you for taking the time to share your inspirational journey with the Arden Community. We look forward to seeing what the future holds for you.

Jeremy at the Sydney Olympics in 2000, age six 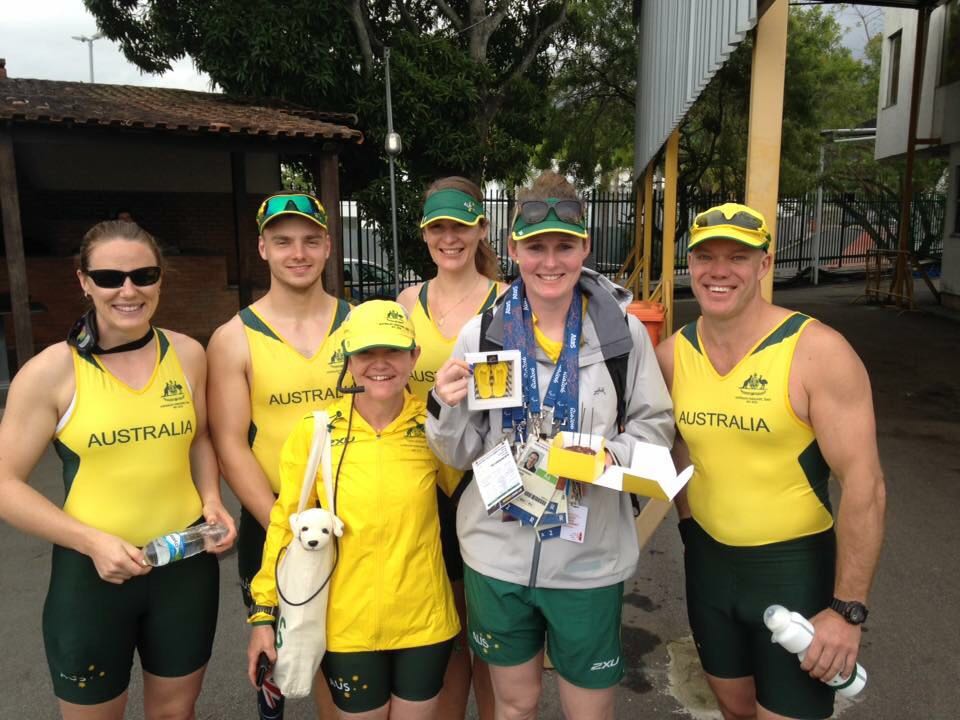 It is with great sadness that the School acknowledges the recent passing of beloved past Principal, Miss Margaret Duckworth.  More...