Thinking of a career in International Relations? Ben Craig (Class of 2011) shares his experiences working in this exciting industry B Law/ B International Relations – University of Sydney

Have you ever wondered how you can help make the world a better place? A career in International Relations may be for you. Ben Craig, Class of 2011, studied International Relations and Law after School and is currently working for the Australian Department of Foreign Affairs and Trade as a graduate. Ben is also a talented hockey player who has represented Australia and played professionally in the Netherlands and Spain. Ben describes himself as an all-rounder. During his time at Arden he studied a range of subjects, was a School Prefect and found time to fit in co-curricular activities like music and sport. We spoke to Ben about his journey at Arden and beyond and asked him what it was like to work in this everchanging field. Here is what he had to say:

Ben, thank you so much for talking to us.

Of course, it’s a pleasure to talk to you.

Let’s begin by talking about your time at Arden. Do you have fond memories?

I remember being very excited when I was offered a place at Arden, partly because my best friend from primary school was going there, but it was also a school I was really keen on. I remember going to the Uniform Shop in Beecroft to try on my blazer before I started in Year 7. As soon as I got home I put it on and would just walk around the house in my Arden uniform!

From there my entire school journey was great. The support I received from the staff right from the start was fantastic, particularly with sport, but also with music. I played the tenor saxophone and had the opportunity to play in some great bands while at School. Arden was a great place to do everything you wanted to do.

What did you do after you graduated?

After Arden, I went to the University of Sydney and did a Bachelor of Law and a Bachelor of International Studies, majoring in government and international relations. I chose this course because I enjoyed Geography and History at School (thanks Mrs Moss!). During my degree, I did my best to balance study with making the most of the opportunities hockey presented. In 2014 I was selected as Captain of the Australian under 21 team. After the under 21 tournament in Malaysia I moved to Spain to play for a team in the top Spanish league. One year (and with plenty of hard training at the New South Wales Institute of Sport in between) I was selected for the senior Australian team. I made my debut in 2016. Australia was the top-ranking team in the world at the time, so this was a really exciting opportunity for me. I moved to Perth to join the team and studied at the University of Western Australia. My time with them was short lived however, as I broke my finger just before an important tournament, and afterwards was told I was being dropped.

That must have been very disappointing for you. Where did you go from there?

Breaking my finger was terrible at the time but looking back I can see how it changed my path and opened new doors for me. I moved back to Sydney to finish my degree and continued to juggle hockey training, study and work. I worked part-time as a music tutor through uni.

It sounds like you were incredibly busy during this time. How did you fit everything in?

It was quite a demanding time for me. I had to learn how to be organised and how to schedule but I also tried to maintain a sense of balance.

In 2018 I was offered a position in the Dutch Hockey League, which took me to the Hague. While there I secured an internship at the Special Tribunal for Lebanon. The Tribunal was established by the United Nations to try those accused of assassinating the Prime Minister of Lebanon in 2005. Working with the judges on this case opened my eyes to the world of International Law.  I decided to do a Masters in International law at Leiden University – all the while playing and training as a professional hockey player. When I finished my masters degree I speculatively applied for the graduate program at the Department of Foreign Affairs and Trade. I got an interview, flew to Canberra and here I am.

Can you tell us about the department of Foreign Affairs? What do they do?

The Department of Foreign Affairs and Trade is a government department based in Canberra. One of its key responsibilities is to manage relations with other countries, and it works with other governments and international organisations to address global issues. It manages the Australian diplomatic network overseas and has embassies and high commissions in hundreds of locations.

Why do you think you were selected to be a part of the graduate program? What helped you secure your role?

The Department looks for people who are curious and love learning. My co-curricular interests and experiences helped me with my application. As well as doing a relevant university degree, I played hockey, I worked as a music teacher, I had travelled extensively. I was well rounded. Having exposure to an international body like The Special Tribunal for Lebanon was also helpful – promoting international law and a rules-based order is a priority for the Australian Government

The COVID-19 pandemic must have had a massive impact on the department. Can you tell us a bit about what you have been working on?

Yes, during the first stages of the pandemic the Department had several issues to deal with. One of the most pressing concerns was assisting Australians overseas to return home. As part of my role in the Consular Division I assisted with this. Talking to people overseas in some really tough situations was eye-opening as to the realities of the COVID-19 situations outside Australia. The Department has a big task ahead of it to shape the global recovery process, including vaccine distribution, look at ways to diversify trade, manage important bilateral relationships and ensure that Australian values are voiced across international organisations.

What advice would you give to other alumni or to current students hoping to work in International Relations?

Be yourself and work hard. Be constructive, friendly, honest and genuine. Also, spend time working on your communication, teamwork and relationship building skills. Diplomacy is about relationships. Every day we have opportunities to improve our relationships with our friends, families and colleagues. Never think you know everything, ask two questions for every statement you make, and most importantly – listen to the answers you get! Sometimes what isn’t said is just as important as what is said.

In what ways has your Arden Education impacted your career choices and the person you have become?

My time at Arden taught me how to be curious. In my HSC I did Ancient History, Geography, Music, Studies of Religion, Extension English and Maths. I chose a collection of totally different subjects, because I was curious about all of them. I think the variety of subjects I chose led me to my current career. International relations is suited to people who have broad interests and want to know more about the world and understand how the world works. Arden fostered that in me, from Year 7 really.

What has your journey taught you?

My takeaway is that you never know what opportunities life will present to you, but you can put yourself in a position where an opportunity is something you can take advantage of. If you are prepared and have built a broad set of skills, you can call on them when the time comes. Study, be curious, build relationships. Be ready to grasp the opportunities when they come your way.

What are your plans for the future?

I finish the graduate program next year and plan on continuing my career with the Department. Eventually I will get posted to an overseas embassy or high commission representing the Australian Government as a diplomathelping people who need help, managing relationships, and communicating back to Canberra. My partner and I also got engaged recently so a wedding is on the horizon for us.

From there I don’t know where I will end up but if my past has taught me anything it is to be open to change!

Ben, thank you so much for taking the time to talk with us about your post school journey. We wish you the best of luck in your future endeavours and for your upcoming nuptials.

If you are interested in a career with the Department of Foreign Affairs and Trading, more information about their graduate recruitment program can be found here: https://www.dfat.gov.au/careers/dfat-aps-careers/graduate-program/graduate-program

Ben was Sports Prefect in Year 12 at Arden 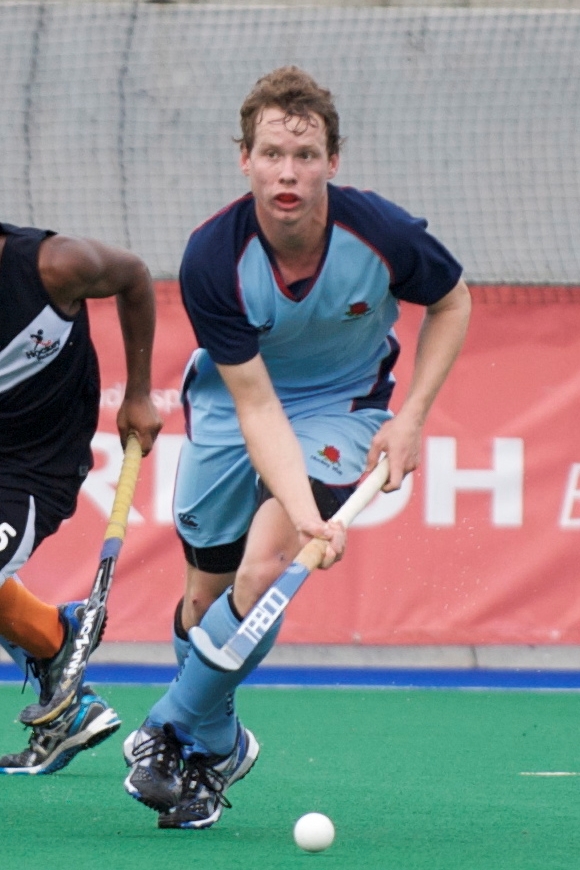 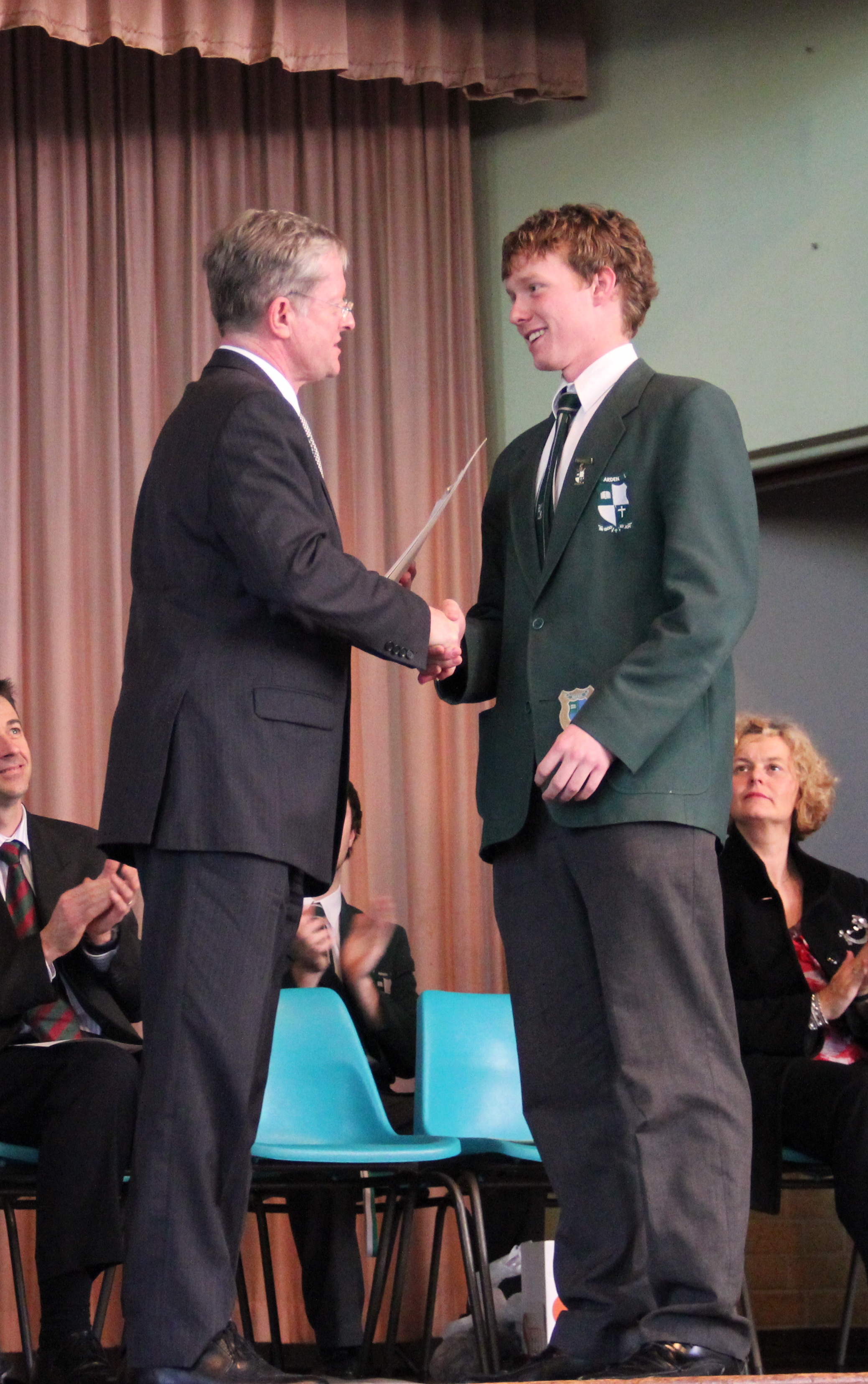